Well after ten days of waiting for a break in the weather and work, I finally got out today. New images nothing out of the ordinary but the first Kestrel this year for me and a "maybe" Scandinavian Jackdaw.  After reported sightings yesterday of Swallows/Sand Martins I expected to see a hive of activity around, wrong!!! I only saw two Sand Martins briefly at Marazion. Well at least it is a start and migrants are beginning to arrive. The Herons Nest opposite the viewing area also has at least one chick in it. Good to see Steve Rogers out again, arm on the mend, so expect to see his blog updated on a more regular basis with more splendid images. Steve Rogers Blog here.  Onto todays images: 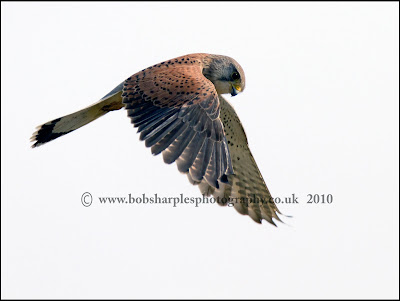 Kestrel: Light was  on the wrong side of the Kestrel so a bit of over exposure required, I went one stop over, possibly needed another half stop over. However still an acceptable image. 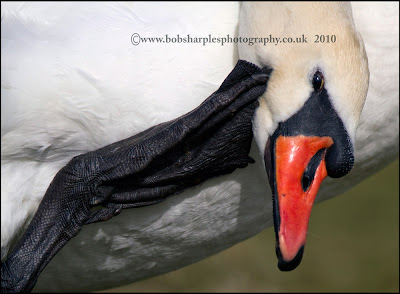 Swan: This was close to the viewing spot and I thought it would make a good shot. 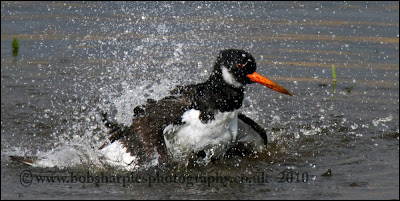 Oyster Catcher:  Lots of the regulars bathing today so I picked out this one. 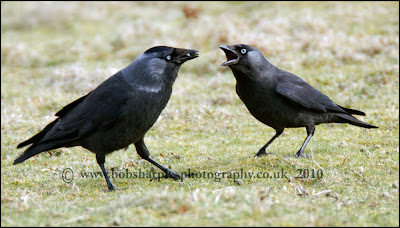 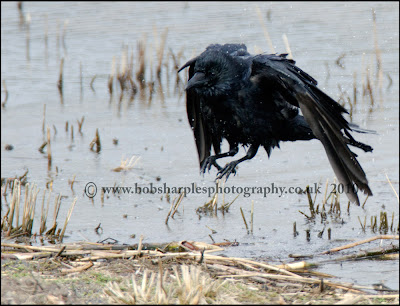 On the way back to dry land post his dip.
Also look out for BBC1 9pm on Thursday- "Inside The Perfect Predator" features Cheetah, Great White Shark, Crocodile and Peregrine Falcon. (Not For The Faint Hearted) Further Information Here
Posted by Bobbster at 17:28

Really like these Bob.
The Kestrel looks to be exposed perfectly to me, and an unusual and different shot of the swan.

Images of the West said...

the Kestrel image is a favourite, nice work Bob