Yesterday 24th September the Royal Navy Sea Fury which suffered damage during an emergency landing at RNAS Culdrose Air Day is now on it's way to North Weald for assessment and repair. Here are some images I took before it departed and a press release from the Fly Navy Heritage Trust.

On a seperate note: wildlife photography will hopefullly resume in a couple of weeks. Been a busy summer doing Aviation related stuff and a couple of exhibitions, couple with a lot of DIY catching up at home. A week in Wales next week for low level aircraft photography then I hope to get some wildlife/night photography in.

Ok now onto the Royal Navy Sea Fury images and a press release at the end from the Fly Navy Heritage Trust: 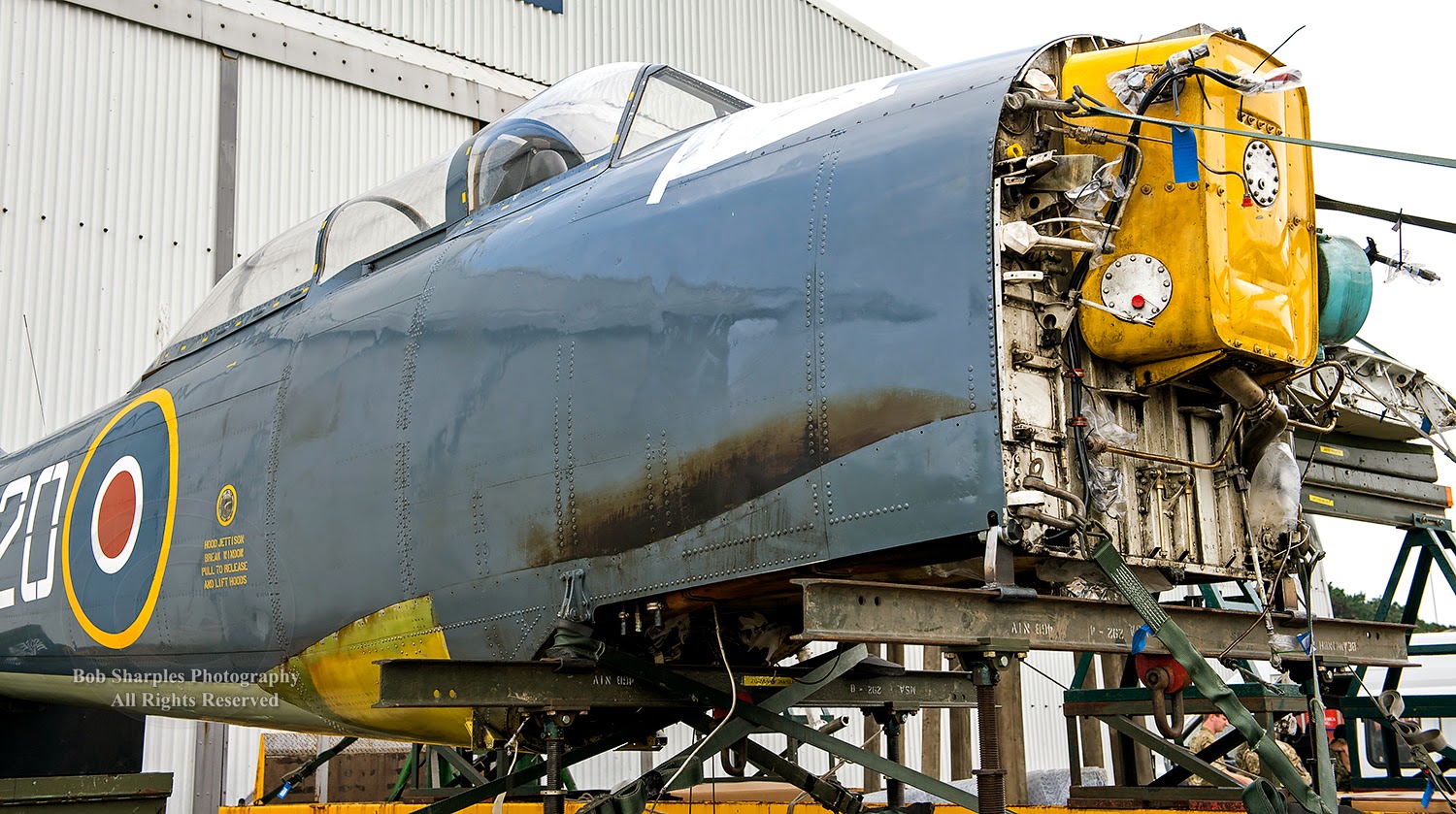 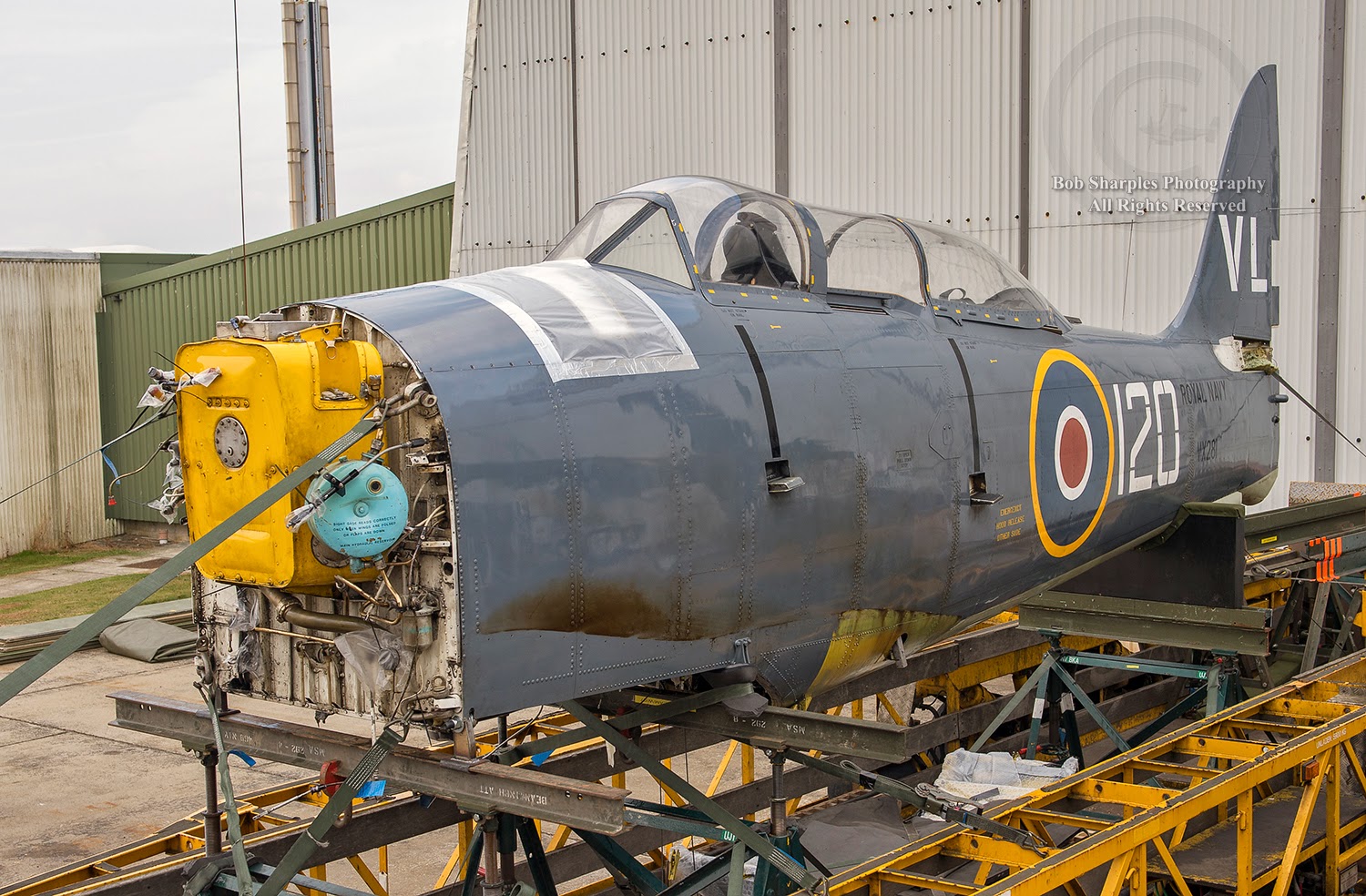 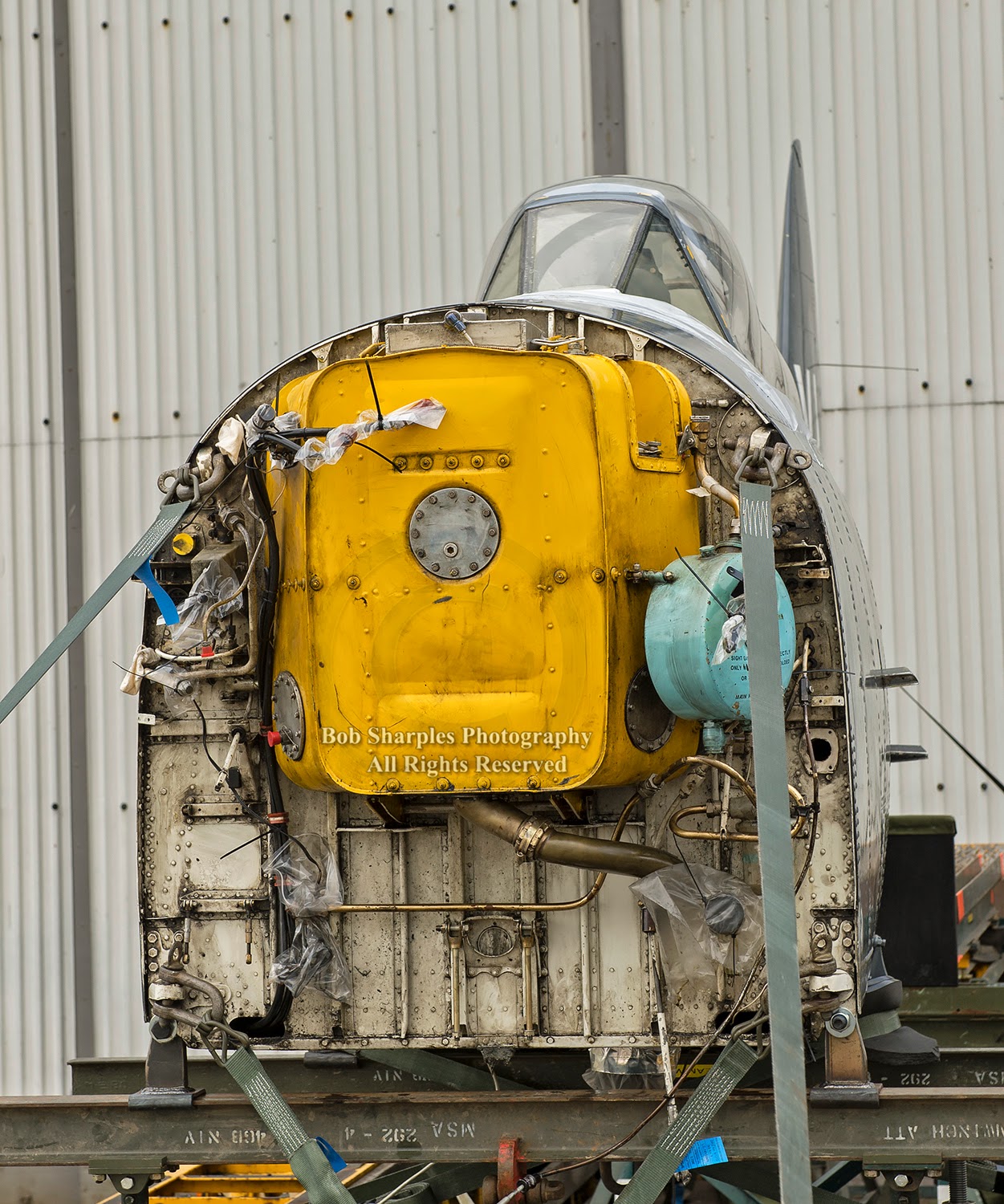 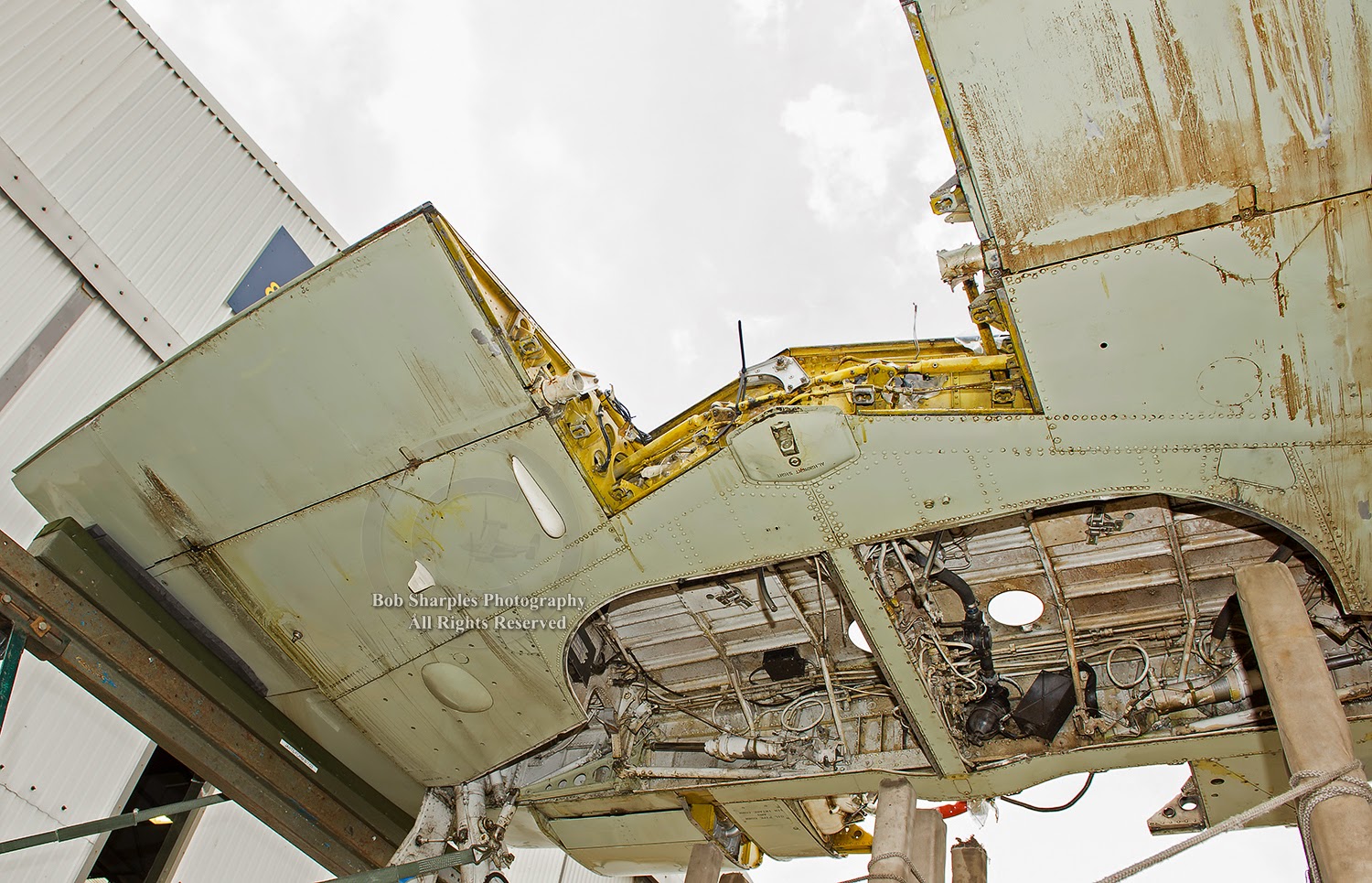 The historic Royal Navy Sea Fury T20 G-RNHF (VX281) that suffered engine failure during a display manoeuvre at RNAS Culdrose Air Day on 31 July 2014, forcing the pilot to take swift action and make an emergency landing, will be transported from RNAS Culdrose, Cornwall to Weald Aviation Services, North Weald Airfield in Epping, Essex, on 24 September 2014 for full assessment and repair.

The undercarriage of the iconic Hawker fighter collapsed on landing and the aircraft skidded off the runway and onto the grass, sustaining only minimal damage due to the quick thinking and skilled airmanship of the pilot, Lieutenant Commander Chris Götke Royal Navy. With the main focus of the investigation centred on the aircraft’s Bristol Centaurus eighteen-cylinder radial engine, the engine and propeller were removed from the aircraft shortly after the incident and taken by road to North Weald - and now the airframe is to follow.

The move will be carried out by the Joint Aircraft Recovery and Transportation Squadron (JARTS), a specialist unit dedicated to aircraft post-crash management, recovery and transportation. In preparation for the recovery, the unit has been working together with air engineering teams from RNAS Culdrose and Weald Aviation to partially strip down the large fighter in order to reduce the width of the load for the journey through the narrow Cornish lanes. The fuselage, centre wing section and the two outer wings will travel as three separate loads on specially adapted transporters to ensure that the rare heritage aircraft is well protected and incurs no further damage during the move.

Designed in the 1940s, the Sea Fury was one of the most successful and popular aircraft ever operated by the post war Fleet Air Arm, proving particularly capable in intensive carrier operations during the Korean War in the early 1950s.

The aircraft, which is one of the last airworthy survivors of the 50s era is owned by the Fly Navy Heritage Trust, the Royal Navy charity that preserves and promotes the Nation’s Naval Aviation Heritage. Over the past three years Sea Fury T20 G-RNHF has attracted great excitement at air shows and events up and down the country thrilling audiences with the power, grace and high performance of this ultimate piston-engine fighter.

Speaking of the support the Fly Navy Heritage Trust has received from the Royal Navy and the military generally, Captain Mike Nixon OBE, Chief Executive of the Trust, said “The co-operation and support we have received from RNAS Culdrose, Weald Aviation, JARTS, 814 Naval Air Squadron and the scientists, naval engineers and civilian specialists in 1710 Naval Air Squadron has been absolutely outstanding.”

“We are also greatly indebted to the team from JARTS for their specialist expertise and professionalism. It has been an incredible example of the Royal Navy, civilian engineers, the wider military and the charitable trust all working together.  I cannot praise highly enough, the dedication, care and devotion shown by everyone involved in the recovery of this rare and precious heritage aircraft.”

Fran Renouf, Weald Aviation’s Deputy Chief Engineer said “It has been a rare and privileged opportunity for everyone to work on such a magnificent heritage aircraft. Because it is something different, it has been interesting and everyone has really enjoyed doing it. People have loaned equipment and others have made bespoke trestles and bolts to support the airframe – nothing has been too much trouble.”

“The blacksmith at RNAS Culdrose, Ian Mack, made special brackets to secure the fuselage to one of the low loaders” continued Fran. “As this sort of equipment is no longer made anymore they found a drawing in an old aviation publication and made something to fit. It was old engineering skills at its best! Many visitors also came to see the aircraft and the whole RNAS Culdrose community could not have been more supportive of one of the Royal Navy’s historically significant heritage aircraft. The team spirit and ‘can do’ approach has been marvellous!”

“The Sea Fury incident has provided some unusual opportunities for those involved in her recovery to test and demonstrate their professional skills” said Rear Admiral Ian Tibbitt CBE, Deputy Chairman of the Fly Navy Heritage Trust. “All the renowned Fleet Air Arm engineering skills of problem solving, adaptability and innovation have been to the fore and the results reflect an outstanding achievement. The Trust is extremely grateful and all involved can be justifiably proud.”

The route for the ‘Convoie Exceptionnel’ has been carefully researched and the journey to North Weald, which will include an overnight stop, is expected to take about 8 hours.

A short post on images from the "Parade of Sail" when the ships leave Falmouth Harbour and head to the race start line. The race itself will take them to St Catherines Point, Isle of Wight. Like I said a short post so here are some of the images! 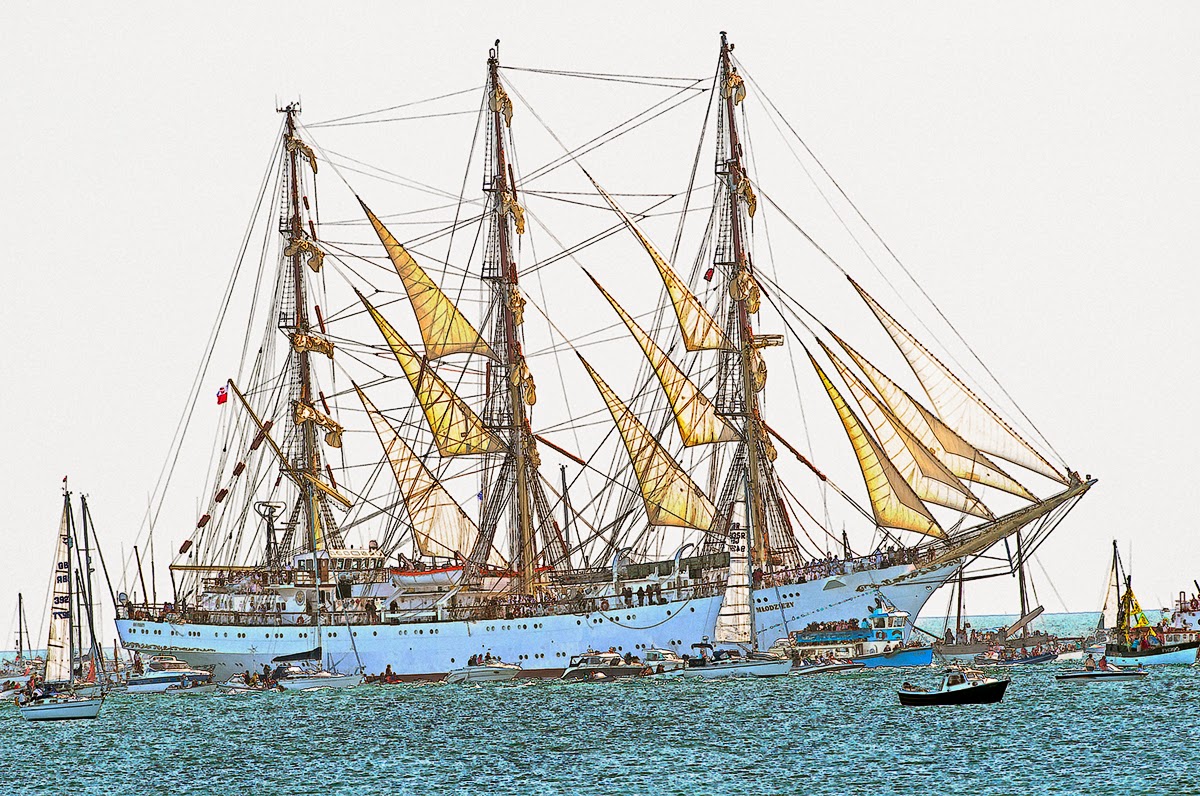 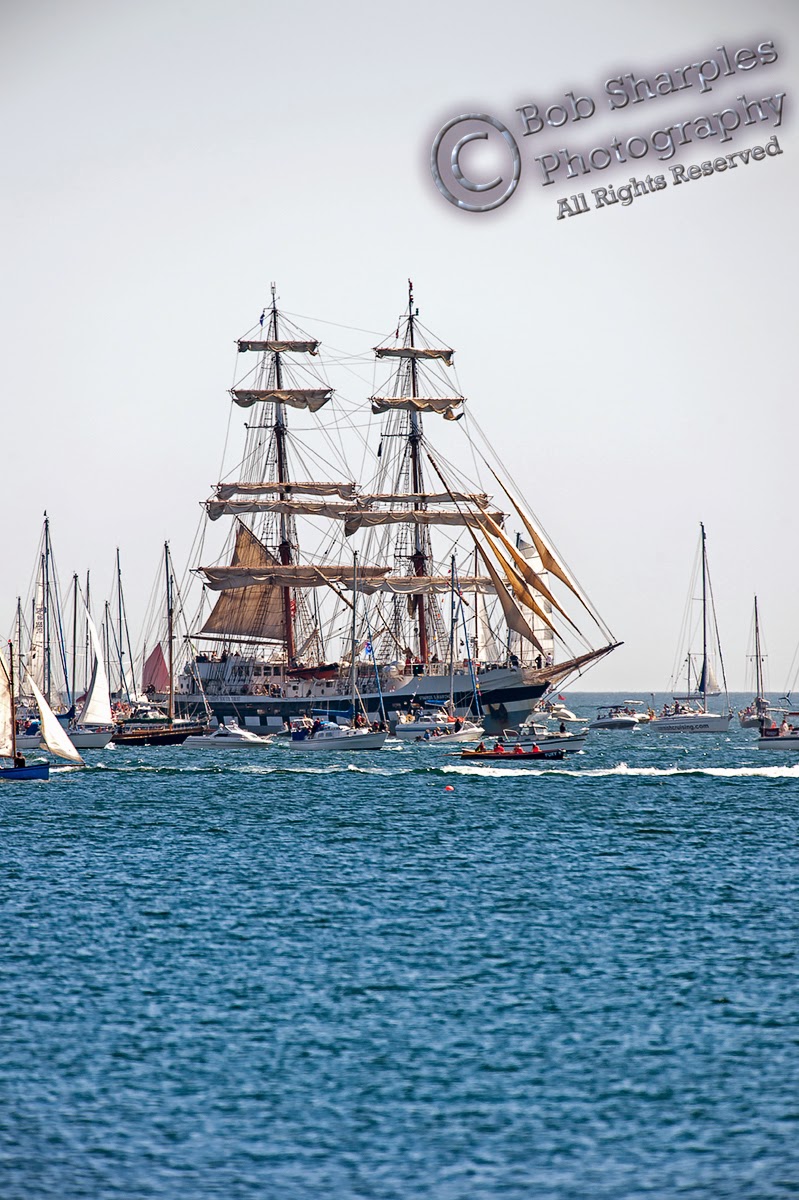 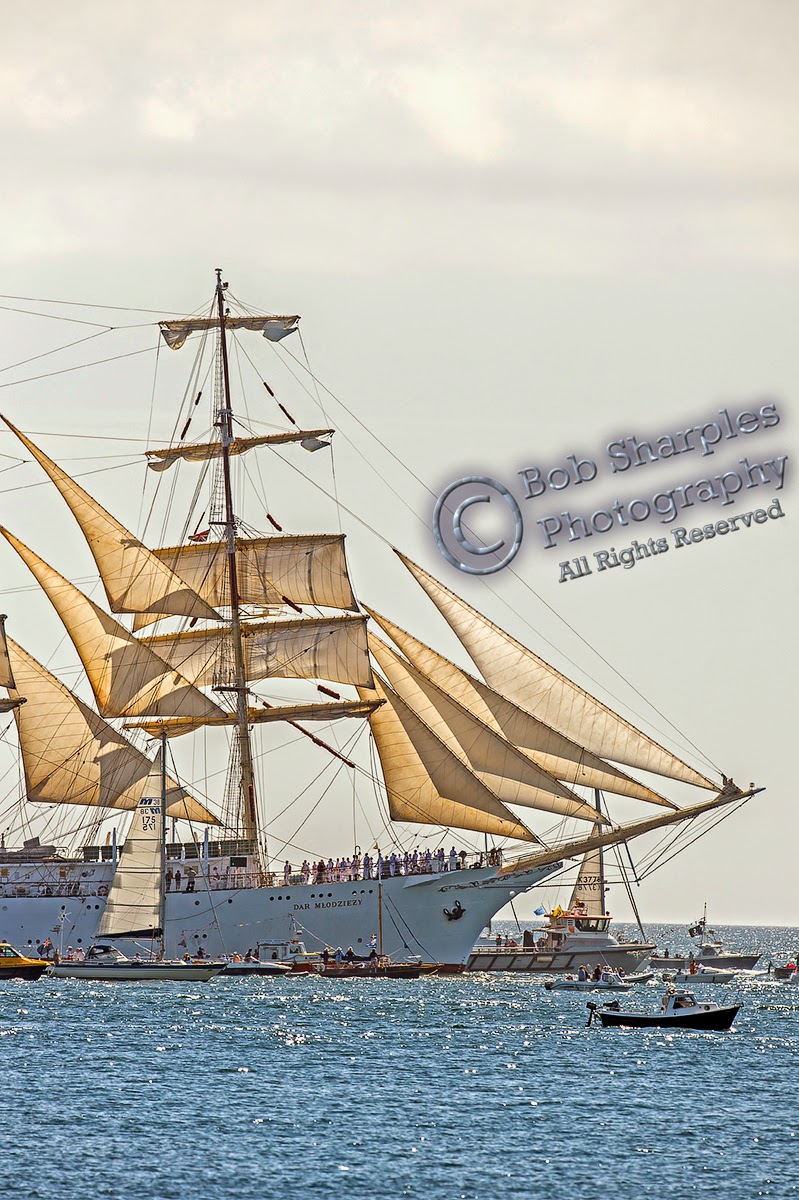 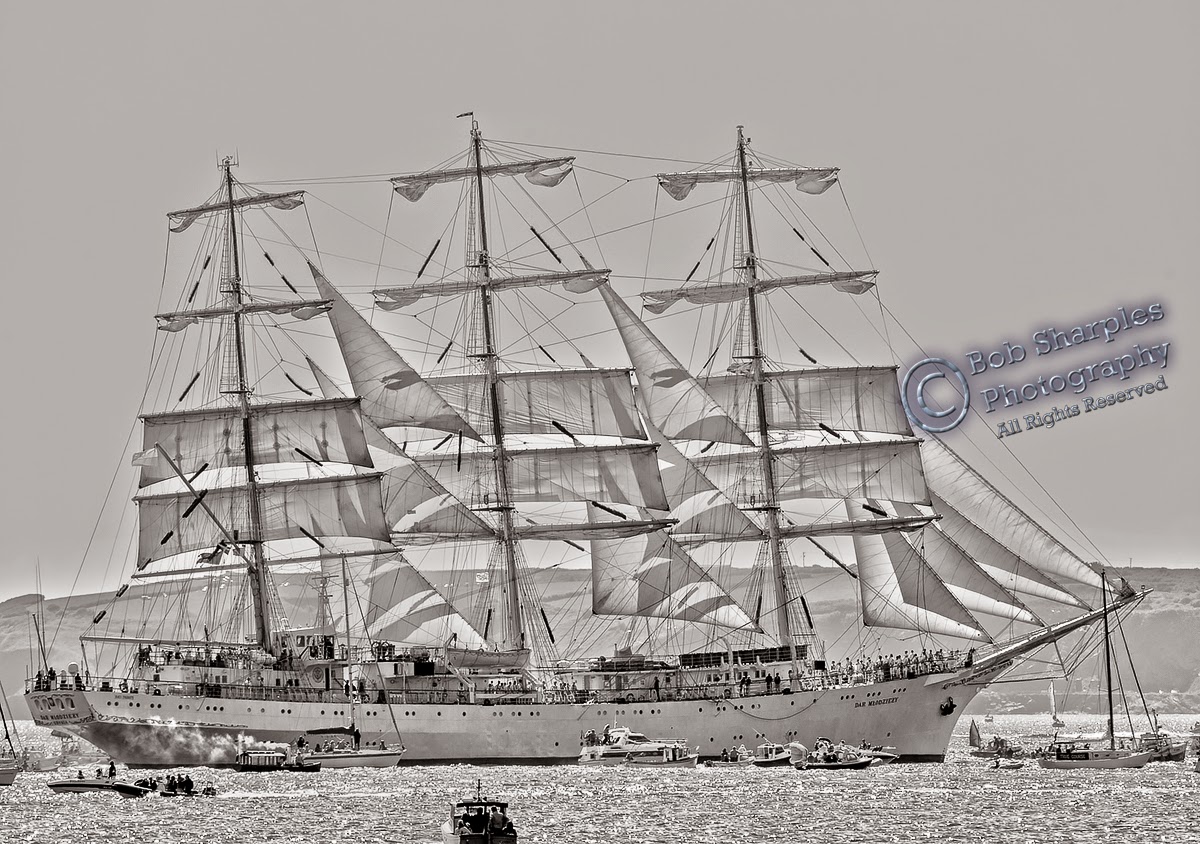 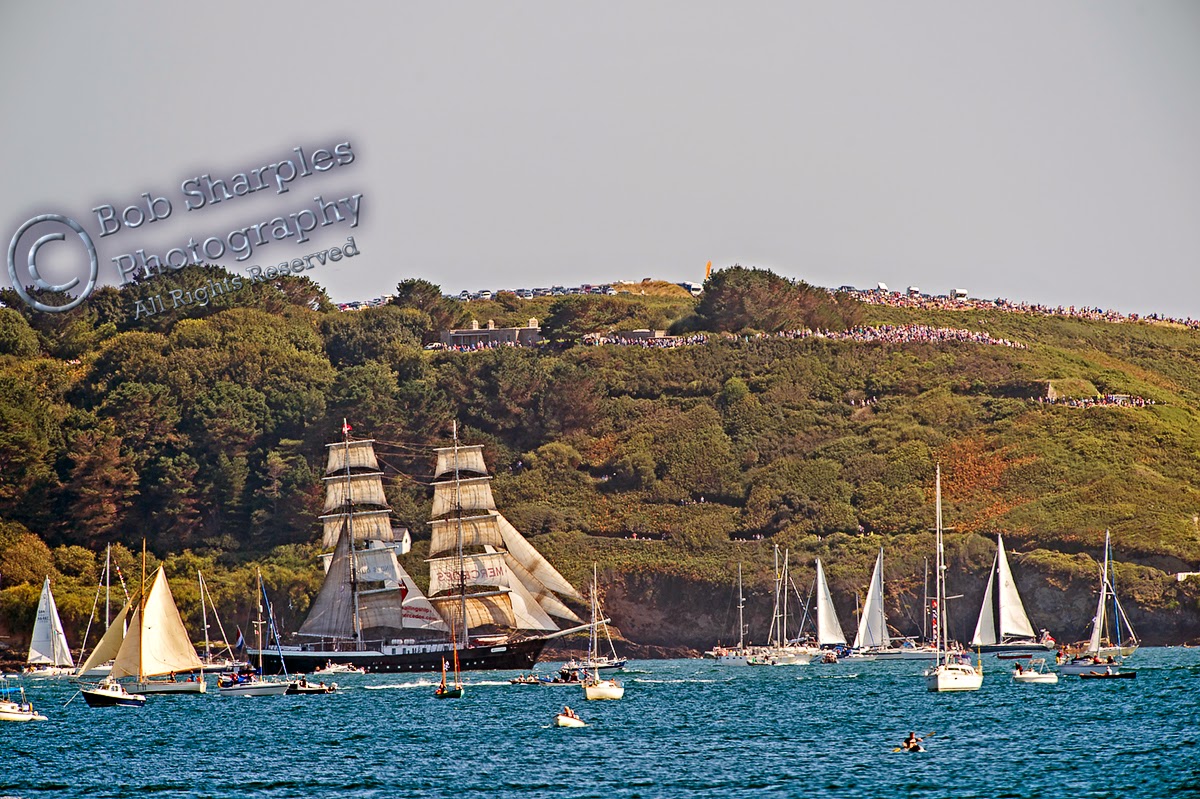 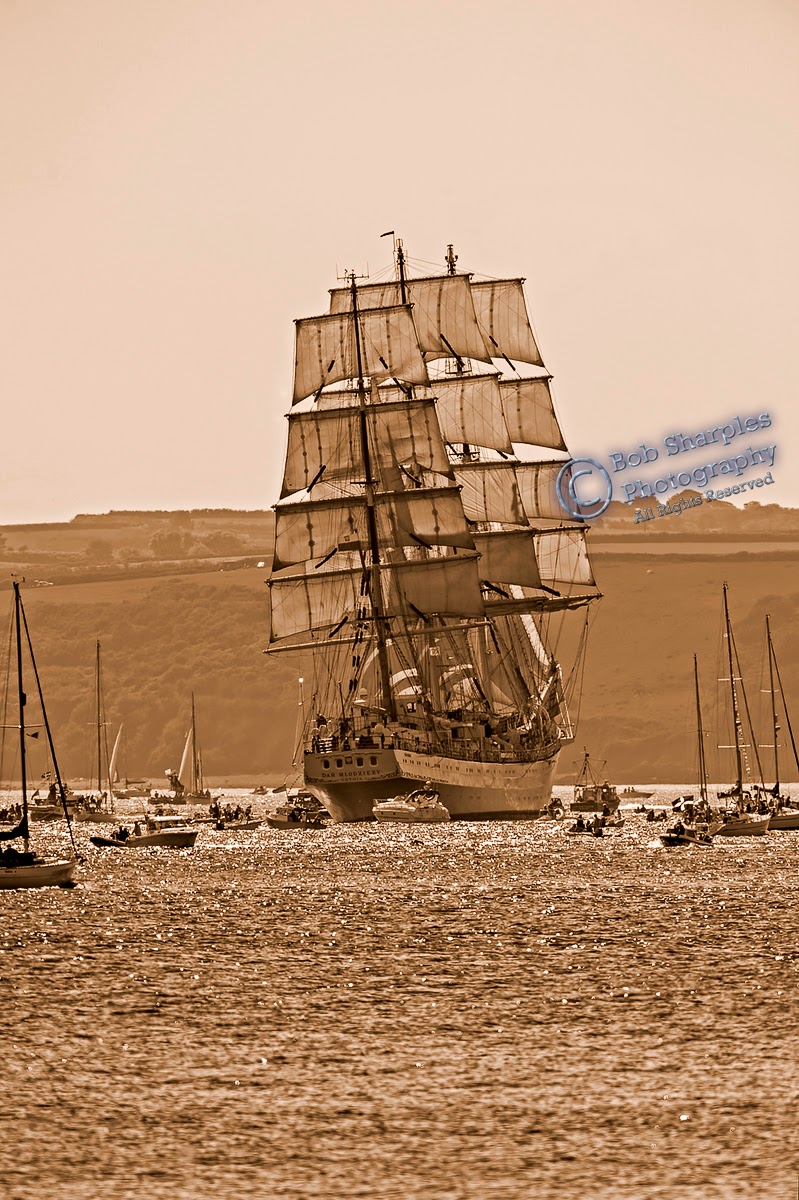 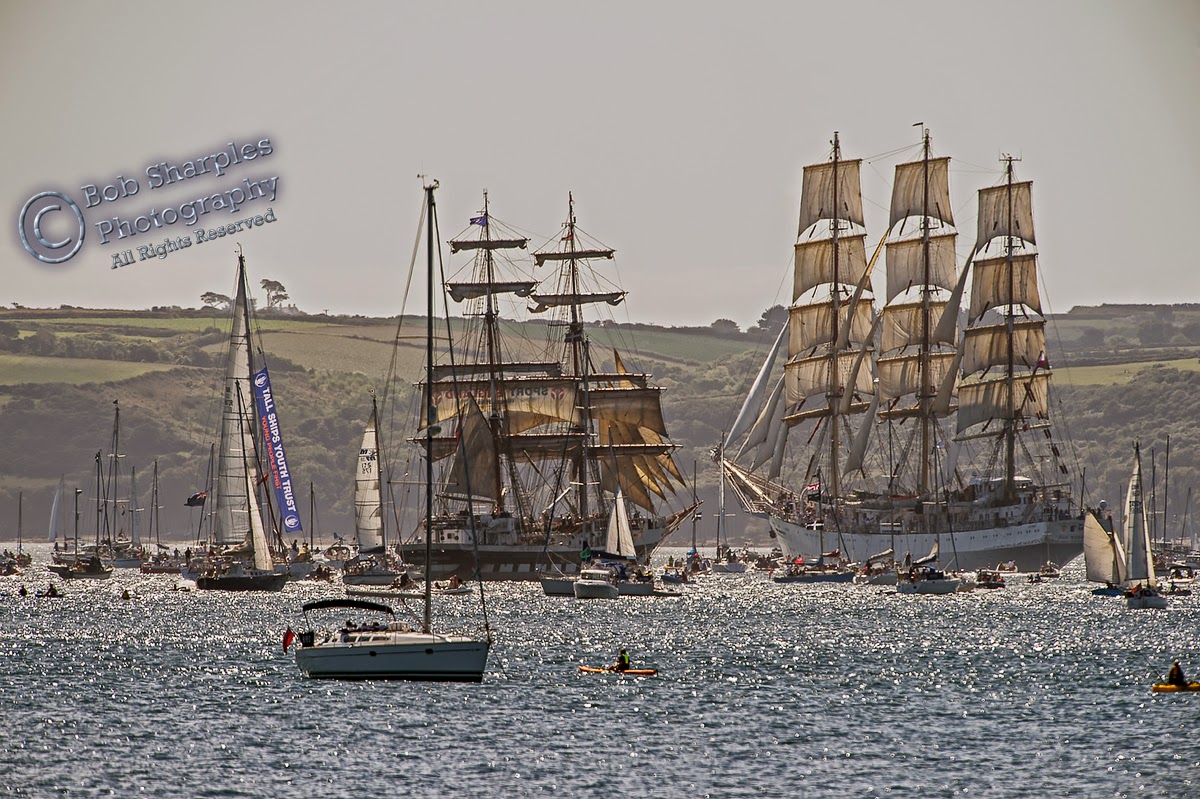