The much awaited debut of the F35A/B Lightning ll aircraft was finally realised at RIAT 2016. Also on a return visit was the stunning F22 Raptor from the USAF. Other notable aircraft for me were, the Ramex Delta team of two mirage 2000n aircraft giving their final ever display. The livery on one of the Ramex Delta aircraft was stunning as was a BAF F16 "Tiger" on the static display. German Air Force typhoons were not to be outdone with some artistic livery on their two typhoons.  Finally on the subject of livery was the Pakastan C130E Hercules transport aircraft depicting some sort of battle scene. In the skies the F35B demonstrated it versatility, appearing almost still in the hover with much more stability than it's predecessor the Harrier. It was a debut for the F35 so nothing to spectacular a hover demonstration and a bit of general flying with the weapons bay doors being opened on one pass.  A lot of fast jet activity in the skies included Eurofighter/Typhoon and F16's from various air forces. The Ramex Delta Mirages, a USAF F18 Super Hornet, Raptor, F22, F35A/B, Display teams from the Patrouille Suisse, Red Arrows, Polish Team Orlik, Frecce Tricolori from Italy, the Jordanians Falcons, Breitling Wing Walkers and Croation Air Force with their Pilatus PC-9M aircraft all added some fantastic displays of aerobatic co-ordination and skill. The A400M Atlas was again demonstrating an agility, which was hard to believe from such a large aircraft. Also some rotary wing displays from the Royal Navy "Blackcats" (two wildcat helicopters and the RAF Chinook display team. Of course no UK airshow runs smoothly as far as the British summer is concerned whilst ti did not rain a great deal the nearly ever present grey cloud was a pain for photographers during the show although it did help for burner shots!!! 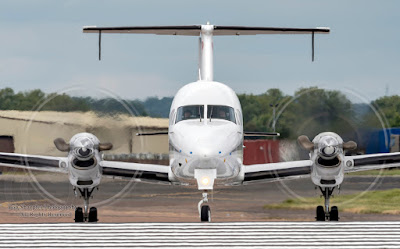