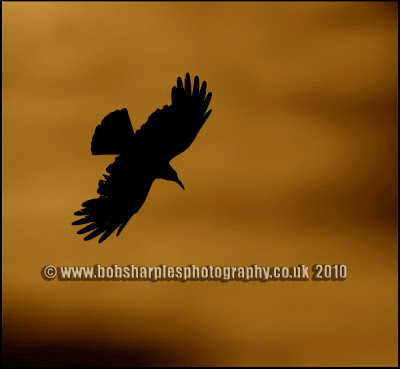 No Mistaking the Outline of this bird.
I visited The Lizard five or six times during May and June in an attempt to capture some images of the Choughs, not an endangered bird;  However rare in Cornwall though, but hopefully the small numbers are on the increase.  So the birds could breed and raise the young with the minimum of disturbance photography was sensibly kept to a couple of hours per visit.  Sounds a long time but you have to bear in mind the Choughs visit the area about once an hour.  Also if the general public were attracted by the large telephoto lenses this also resulted in the finishing of the days photo shoot to minimise disturbance in the area. Finally so as not to publicise the area creating more disturbance I decided not to publish the images until the chicks have flown the nest.  I also attempted some video, and it was rubbish!! But some may appear in this post, if you are lucky! or unlucky? Not the easiest of birds to photograph due to their dark black plumage, constant moving around and low light photography; as most images recorded early morning. Some images may not be the highest quality but to show behaviour of the Chough's I have posted them anyway! I hope you enjoy the images. The two adults and four young have now upped sticks and moved away from their nest site but can still be spotted/heard in various area's of The Lizard. 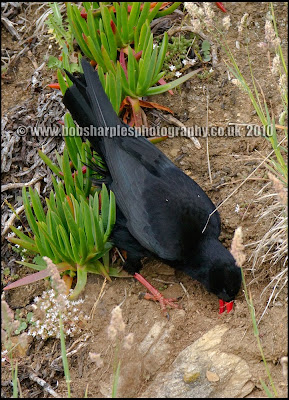 An adult Chough searches for food. 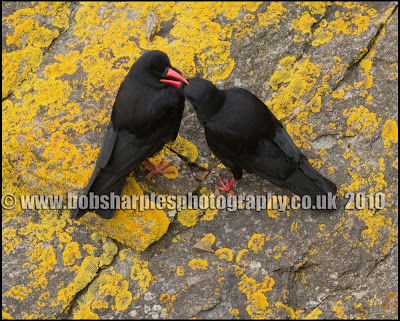 The parents take a well earned break from family duties. 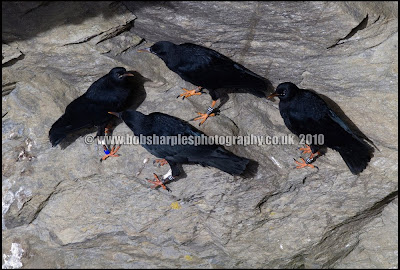 All four young emerge, only three appeared the day before, so a relief to view all four together. 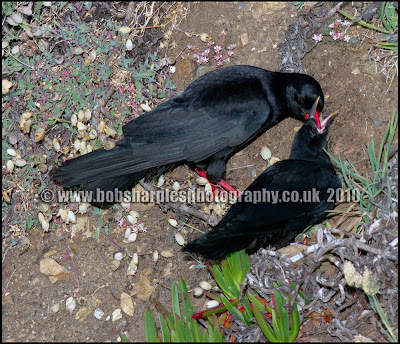 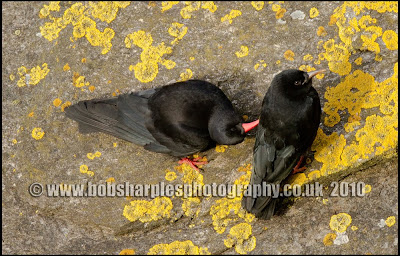 As well as food the youngsters need constant preening 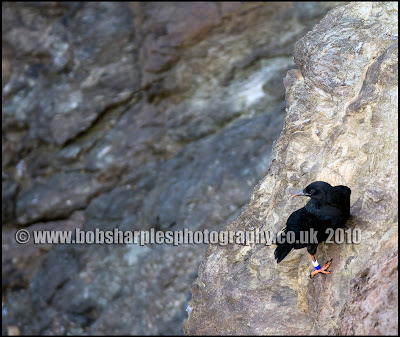 A look of anxiety towards the large new world! 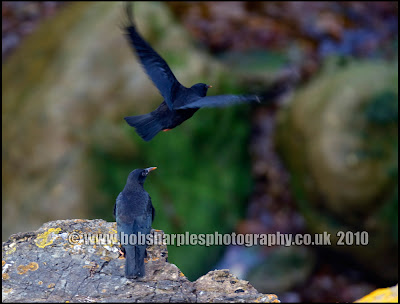 One of the first flights, they all soon became very competent fliers. 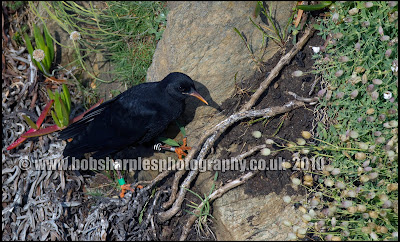 Learning the ropes browsing for food. 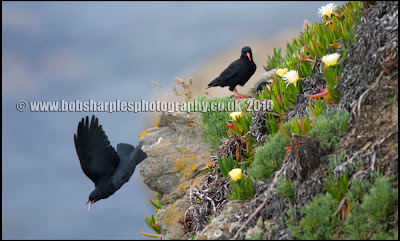 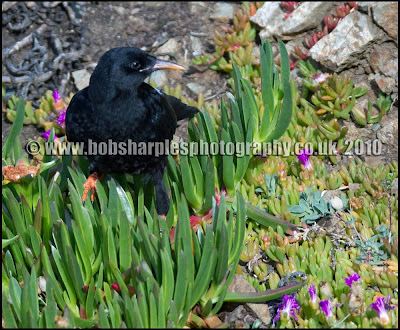 An early foray on the cliffs. 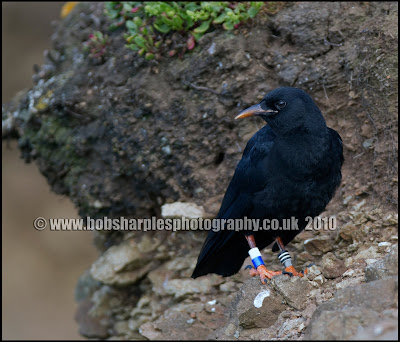 This fearless youngster gave me a close up shot when he landed about 15ft-20ft from where I was sitting.
And finally the Video(S) Well here is the first a second will appear later.
The second video of the choughs feeding here
Posted by Bobbster at 08:28

Some great images there Bob. Love the sunset silhouette. A good description as well of your techniques to minimise intrusion

Along with the video, a great record of them growing up Bob. I haven't seen Choughs in years, so it was good to watch the video.

Class photos especially your header! hope the St.Just Choughs have done as well with their young.