Low Light Persists, However Some more Images from Hayle

With a forecast of cloud and rain followed by sunshine (the latter never appeared, now there's a shock)  I set off to Hayle RSPB hide for about one hour.  I actually stayed for two due to the poor weather. Golden Plover, King Fisher, Teal, Lapwing, Egret, Heron, Sanderling, Redshank and Gulls were all viewed.  However due to low light 90% of the time it was almost impossible to photo anything that moved. Results as usual are below. 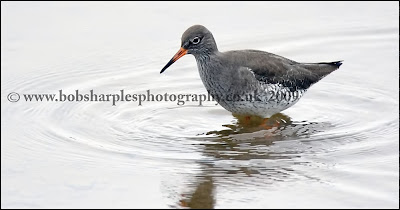 Redshank:  A few were feeding around the water's edge.  This one came closest to the hide. 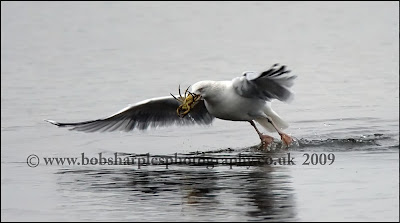 Gull with Crab:  This Gull picked himself a crab a despite dropping it twice, the Gull made it to shore and gobbled it down in about one minute. 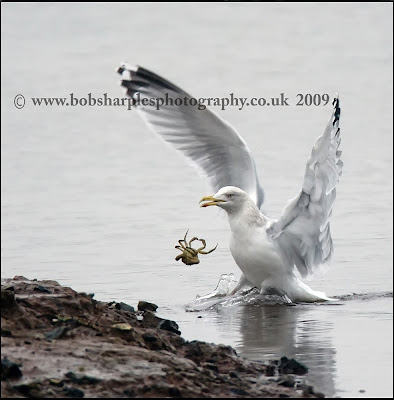 Gull without Crab:  The gull deposits the crab on the shore before eating it. 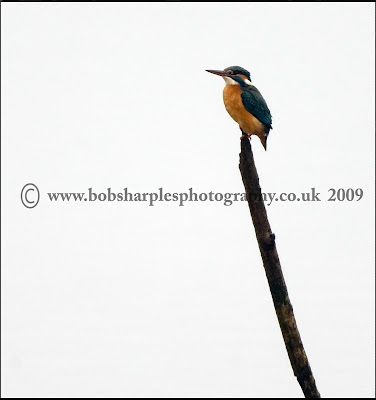 Kingfisher: I first seen him right next to the hide hovering, but light was to low so a picture was impossible. Next he was on the cables above the water and then on to one of the sticks in front of the hide where I finally got a record shot.

Lapwing:  The Lapwings were doing circuits all afternoon failing to settle down for some reason

Great shot of the gull dropping the crab Bob.