Original intentions were to visit Dartmoor Wildlife Park however this was scuppered by the last minute change to weather resulting in a cloudy forecast, which equates to poor light.  This coupled withthe collaspe of my potential house purchase at almost completion point costing me about £3k, I wasn't happy.  To escape from all of this I went out for some surf photography, nothing doing so as Hells Mouth was close by I ended up there again.  Still bugggered by crap light, but a least I was surrounded by rugged coastline and wildlife, ace, things are looking up. Amazinly Kestrels were still in attendance, so yes they feature again, as does one macro shot.  I now realised I miss the 5D full frame camera when it came to getting a picture of Hells Mouth for you.  Still it is my intention to switch to Nikon in the next couples of months hopefully getting a D3/D300S combination of DSLR bodies. 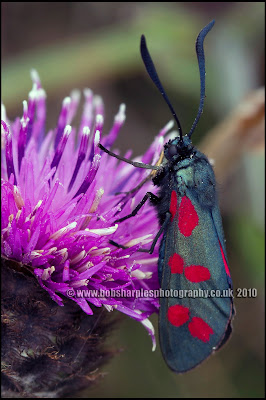 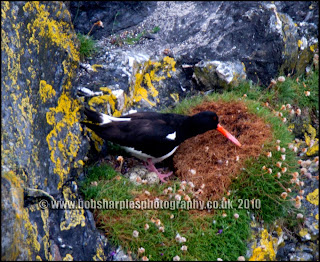 A record shot of the Oyster Catcher on nest taken at some distance hence the poor quality. 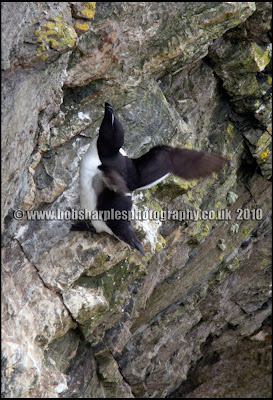 Razorbill, I am still trying to get a good shot of this in good lighting in this one the eye beak etc can be seen, just. 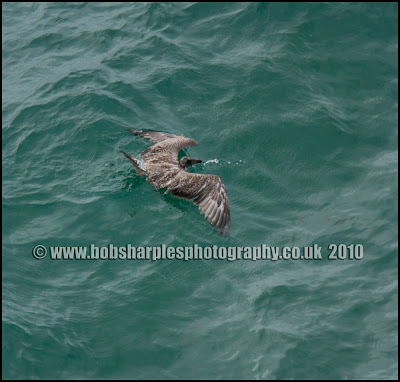 On my previous visits there was a drowned gull in the water, this one also looked likely unfortunately to succumb it just couldn't get out the sea. 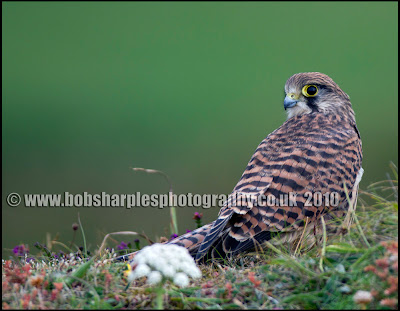 A nice suprise on the way back to the car park. 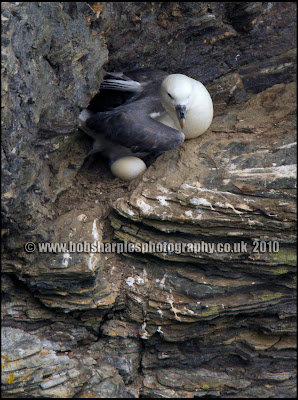 This Fulmar has chosen a precarious position to nest, about a foot from the egg is about a fall of about 200ft to the ocean!! 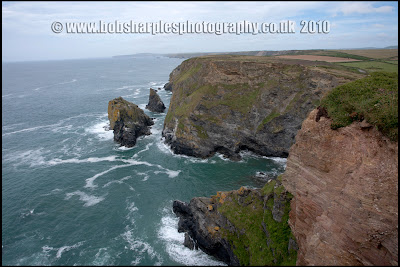 Just one veiw of Hells Mouth a full frame digital slr and wide angle are really whats required here.
Posted by Bobbster at 12:26

The Moth is a Five Spot Burnet Bob,great macro shot.
Love your Header,sorry to hear about your house.
John.

Well, that first shot is a stunner Bob. That new header too; really like that.
Love the Kestrel shot and the video.

That poor gull, in the sea. Hard to imagine a gull drowning in the sea, or how he came to be in such a predicament.

A superb couple of blogs Bob. Hells Mouith and the North cliffs are greatand razorbills are one of my favourites. The young Kestrels are very obliging.
Sam