Normally I wouldn't drive off to photograph something as nine times out of ten it wont be there. Arrived at Heligan about 1045 am and was was greeted by a very disturbing sight, two bus loads of Dutch tourists has just pulled up. Bad start supposed to be a quieter day. So off I yomped down to the bottom off The Lost Valley where the Greeen Heron was spotted the evening before. Well nothing for 1 1/2 -2 hours.  A few people including Bob Mitchell were searching for it. Soon a chap came running down the hill to tell me it was in The Top Jungle Pool (this was really good of him its a major uphill struggle and he had now done it twice in 30 minutes) Finally caught up with it. He was mostly in the dark shadows of The Pool but occasionally towards the end of the day I was able to knock the ISO down to 400 and get some usable pictures (when the bridge wasn't bouncing up and down, with people traffic) Some comments like where is it? reply over there in the green stuff!!! (well that narrowed the search not)made me laugh.  I certainly didn't enjoy the trip back up the hill but I think a couple of the images made it worthwhile. So onto the images. 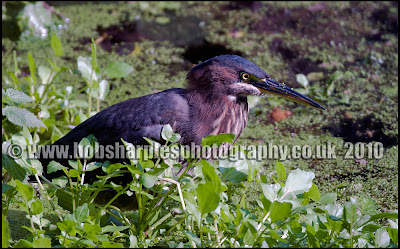 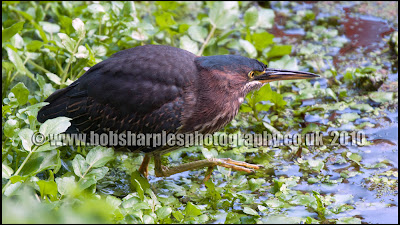 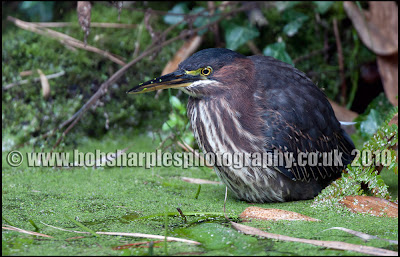 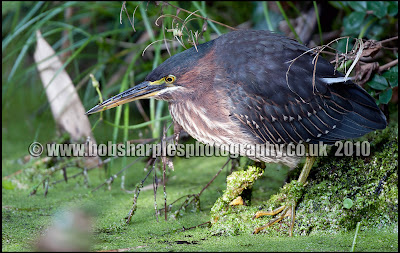 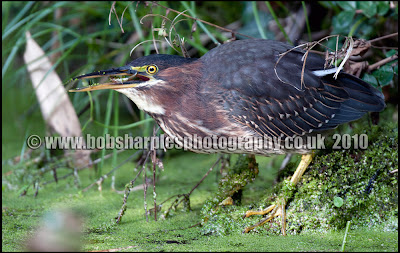 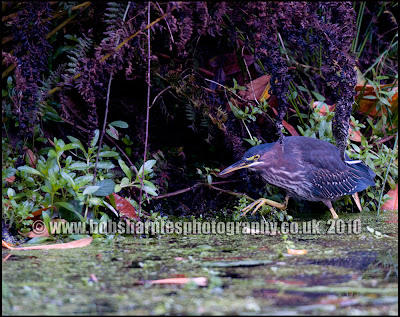 Beautiful set of pictures of a wonderful bird. I love when he swallows the fish ;-)

Wel done Bob, what a rarity. We will make a birder out of you yet.
Sam