Okay this was published about me on the Windmill Farm Blog

"More seriously, yesterday a local photographer apparently flushed the Hoopoe to obtain "action shots", selfishly disregarding birders and other photographers who had been watching from a more respectful distance. In the process he also disturbed two resting Green Sandpipers."

"flushed the Hoopoe to obtain "action shots",  WRONG what an idiotic petty minded assumption, I was attempting/wanting to get pictures of the bird feeding so why would I flush it?

"disregarding birders and other photographers, who had been watching from a more respectful distance"

INCORRECT went I went down to the area concerned I checked the hide there was no one viewing from within it  and certainly no-one in the field. (not selfishly disregarding other birders and photographers).  At this point I would also like to take the option of saying I do not have 360 degree vision and can't see what is happening behind me.

"In the process he also disturbed two resting Green Sandpipers" well I may of done I did not see them if I did that was unintentional.

On the day I had already been up to photograph the Hoope in the morning, using a tactful approach I got some stunning shots of the bird on a post and on the ground. I was actually sat down about ten feet from it in the morning without spooking it.  I went back in the afternoon and again photographed it on the ground from further away, something spooked it and it flew. It may of been me it may of been something behind me! Anyway this is where I made my mistake I followed the bird to the post but instead of taking the small steps as I usually do so as not to get in the birds ring of fear I assumed it would be happy for me to approach to the same distance in one/two moves. Sadly I got this wrong and spooked the bird. So lesson learn't. As this point a rather miffed birder came up behind me and I did apologise (oh no mention of that on the Windmill Farm blog)

Anyone that knows me knows I always treat my nature photography seriously with the animal/birds well being most important, why the hell would I want to scare off birds/animals as implied above. That is just not me.

"Please note this is a personal, unofficial account and is not necessarily endorsed by the owners."

So that is ok that gives them license to write whatever crap they like.

Hopefully I have now corrected their vidictive and petty minded account of what actually happened, only truthful and honest reporting is posted on this blog!!! 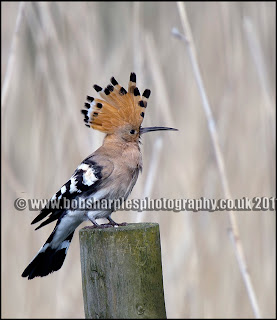 COMMENTS FEEDBACK
Ok many thanks for all the feedback and comments. I was informed I was the photographer in question and so took action to post my version of events. I think that is fair enough. For Andy Pay all texts and statements made on this post were to redress the post on your blog which I have now done.  It was not intended to somehow undermine any outstanding work you have done or continue to do on Windmill Farm. All wardens on all reserves have a difficult job to do and everyone is fully aware and appreciative of this. So this post on here has addressed my concerns and I now consider the matter closed and time to move on.
Posted by Bobbster at 11:34

Well said Bob as someone who has been on location in Cornwall with you a few times I know that you don't disregard a bird's welfare to get an action shot or deliberatly spook birds to get better shots.It's a pity that the blog in question stated these views about what they allege occurred without checking the facts first.

I had the same problem with train spotters Bob... apparently I spooked a Steam engine they were all waiting for as I crossed the lines in my hovercraft.. Petty ba**rds lmao

Most of us serious photographers have had similar experiences. Too many 'experts' know better than you. Keep up the good work.

I write the Windmill Farm blog. Your comments have just been drawn to my attention. I merely repeated, using the word "apparently", what had been reported to me by several reliable witnesses who say they were watching from further away in the field and were angered by what they saw. The photographer in question was not named in my blog, so it's interesting that you have assumed it was you. I found this Hoopoe and spread the word so that people could come and enjoy seeing it. I am not "vindictive" or "petty-minded" - my only objective in the work I carry out voluntarily on the farm is furthering conservation and the public's enjoyment of all it has to offer. The vast majority of visitors are appreciative of that.

Anybody who knows you Bob, knows you are concerned for the bird's welfare, and not a selfish man at all. What a shame that such a post was made without any discussion. Andy

Bob, I wondered if it was you? I've put a comment on Andy Pay's blog item, but it has to be approved!!! I wonder if it will see the light of day? Andy

Its a good job we don't all get miffed off by the amount of twitchers that come tramping up to us Photographers in their masses whenever a bird is spotted asking the same question.. "Have you seen it??" I was stood quietly for two F&*^ing hours before you came along and disturbed anything that might have been there with your simple minded blind attitude towards a life tick.. NO!! and if I had seen it I wouldn't be F*&^%ing telling you anyway.. show some damned respect and grow up :) Ah thats better :)