Arrived at the Lizard early Sunday morning before the crowds. Spent a while trying to get a picture of a Rock Pipit displaying as the Warbler yesterday. This one was more difficult but eventually got a shot. Well sun was up and lighting was brilliant great day for photo's. I approached the cliff but had to wait as a Chough landed on the cliff about 8ft from me, I didn't want to disturb it. With a camera in each hand I couldn't get any pictures so just watched in awe until it departed. Over the next two hours the Choughs would return/leave three times, no landings straight into the cliff side and off again. But always did a few flying circuits on leaving giving opportunity for photography. With the camera getting to much attention from passers by I called it a day thinking me attracting all this "people attention" might disturb the Choughs.  The Jackdaws were oblivious to my presence two of them feeding next to my boots. If the Choughs appear solid black on your screen this is most likely due to different monitor set ups. Enough words onto the images: 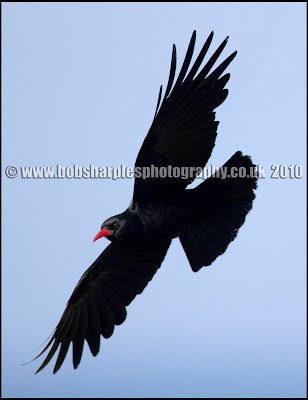 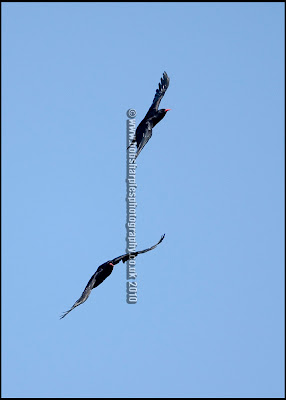 The Choughs return from feeding 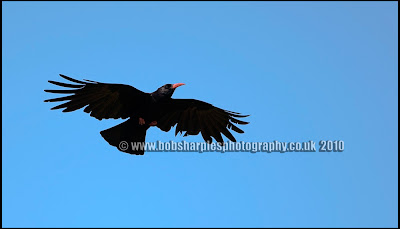 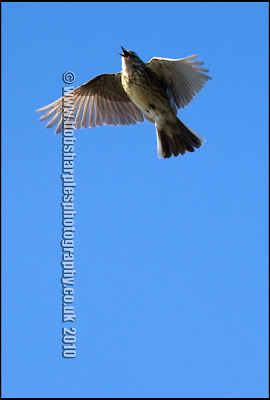 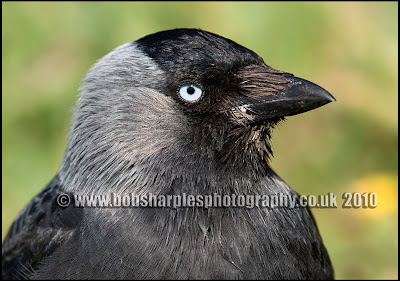 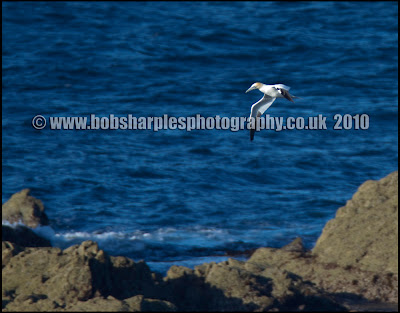 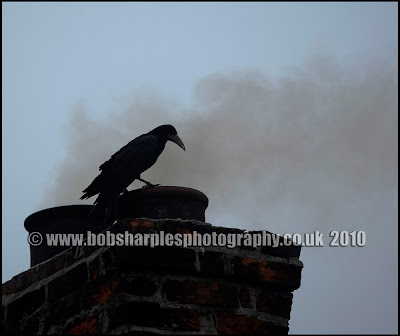 Suicidal Crow, on return from The Lizard this crow was sticking his head down my neighbours chimney, eventually deciding that smoke was no good it flew off.
Posted by Bobbster at 19:46

Lovely shots of the Choughs especially like the first one, fantastic!

The 1st one is absolutely amazing!!

A superb set there Bob, The Chough flight shots are sublime.