Well one of my images made the Mail on Line today, See here: http://www.dailymail.co.uk/news/article-2138337/Raven-takes-skies--rabbit-beak.html#comments

Talk about hare-raising! Ravenous raven takes to the skies... with a rabbit in its beak

A little rabbit suffered a grisly end after this hungry raven snatched it from a field and flew off with it clamped in its beak.
Amateur photographer Bob Sharples took this remarkable picture after he spotted the cruel twist of nature out of the corner of his eye.
Mr Sharples, a retired Royal Naval petty officer, was driving near Marazion Marsh, Cornwall, when he noticed a 'black shape carrying something rather large in its beak'.
He said: 'I turned the car around, grabbed my camera and zoomed in. When I realised what it was, I thought it was pretty amazing. 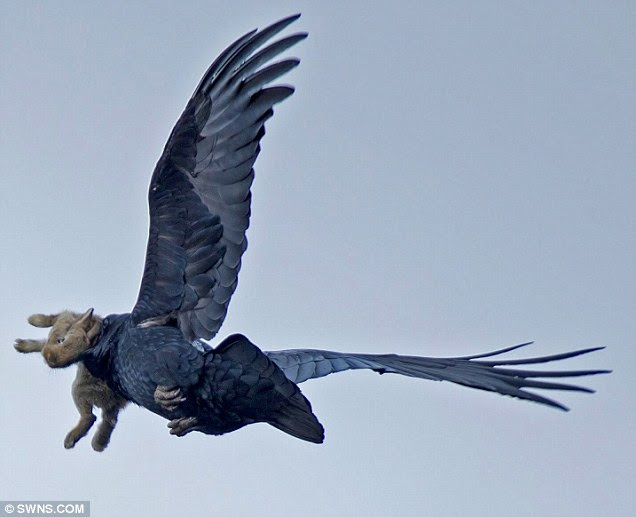 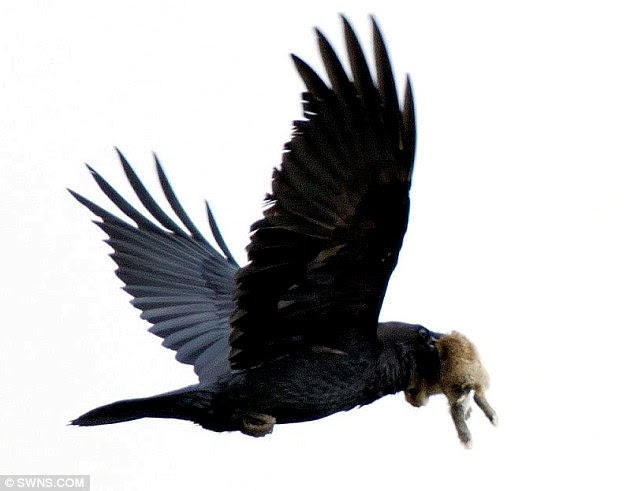 Amateur photographer Bob Sharples took this remarkable picture after he spotted the cruel twist of nature out of the corner of his eye
'I’ve had a couple of shots with birds with prey, but nothing like this.'
Experts yesterday revealed Mr Sharples had witnessed a once-in-a-lifetime occurrence.

Gary Lewis, from the Cornwall Wildlife Trust, said: 'I have never seen a raven carrying a piece of prey that size - and I have been looking at nature for 50 years.

FACTS WORTH CROWING ABOUT

'It is certainly unusual, and amazing to capture it on camera.
'Ravens are opportunist feeders and my guess is that this rabbit had either died of natural causes or was sick and therefore easy prey, because it’s unlikely a raven could have caught it if it was a healthy rabbit.
'But all things are possible - there’s a possibility it could have caught it unaware.'
Mr Sharples, from Helston, Cornwall, added: 'It was Easter Friday that I took the picture and I remember thinking, "it’s not a very good Easter for this bunny".'
For most of the 20th century, ravens were rarely seen in the English lowlands after Victorian gamekeepers drove them into the hills and moorlands of Wales, Scotland, the West Country and the Lake District.
With the exception of the tame ravens in the Tower of London, the giant birds were rarely seen outside Britain's 'Celtic Fringe'.
However, over the past two decades - with the decline of gamekeepers and the increased availability of road-kill as food for the birds - they began to spread east from the Welsh borders into the Midlands.
By the mid-1990s, they had reached Cheshire, Worcestershire, Wiltshire and Derbyshire. By 2005, they had reached Sussex. 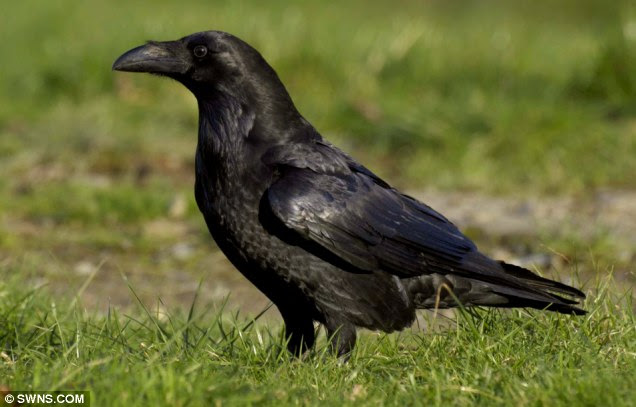