Tried out the 7D again down Marazion Marsh tweaked a few settings after yesterday but images still seem a bit noisy. Caught a Water Rail in the open on the frost bitten ground and it was present for about ten minutes. Spotted the Shoveller and thought I would stack the converters on the camera to get closer, just changing over when the Bittern did a quick 30 yd fly by over the reed beds before vanishing again. He appeared again just after Rachel left but again he was up and down to quick. Might try again tomorrow.  Below are todays images. 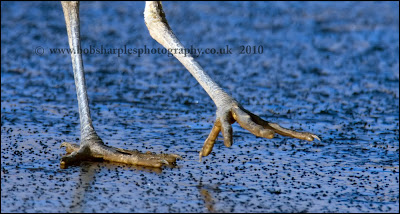 Dancing on Ice:  well not quite but this Heron couldm't work out why he couldn't get the fish; and just slid around all morning. 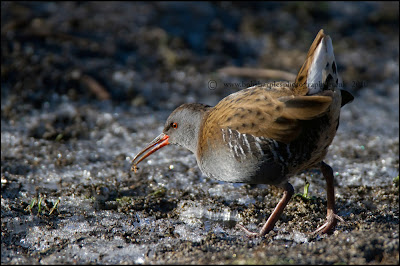 Water Rail:  This is my favourite image of the Water Rail foraging on the frost bitten ground. 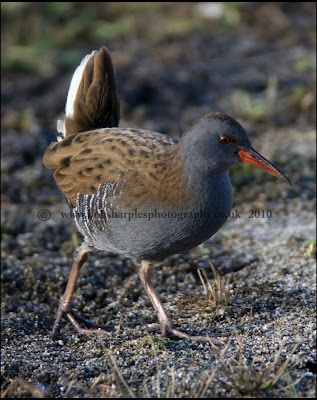 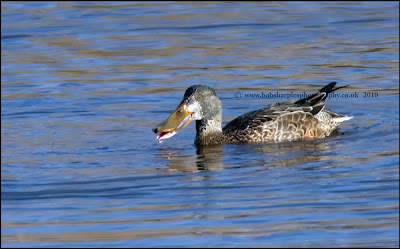 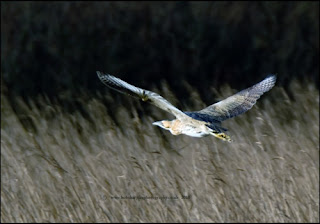 Bittern:  The second failure but a record anyway! 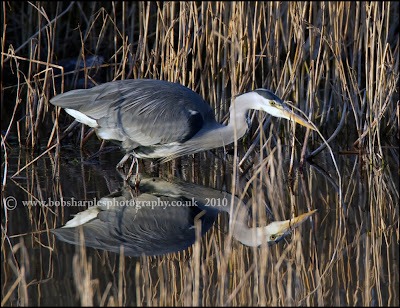 Reflection:  The light a Marazion is great early morning and evening and with still water you get a great mirror effect.

Bad luck Bob,like the Water Rail and Bittern in flight.Seen you and Rachel at Marazion, got some nice pics of you both.
Will send them on.
Cya,John.

Great effort, the water rail is difficult enough to nail. Its gonna get colder

Great shots of the Water Rail Bob. Tricky blighters!
Nice reflection in the last with the Heron.