It is that time of year where nest building is now in full swing and most birds ( one exception of note the Heron's at Marazion that already have chicks) are collecting material to build their new houses. A quick walk through the quagmire at the rear of Marazion was where I found a Thrush collecting nesting material. A Greylag Goose was also in the vicinity.  Nothing doing at St Gothians Sands so got some more images from Hayle between showers. Yesterday I got the van stuck on a patch of grass, had to make a carpet out of clothes in the back so the front wheels could grip and get me off, luckily it worked, so no drama's today just wish the van was 4x4. Todays Images: 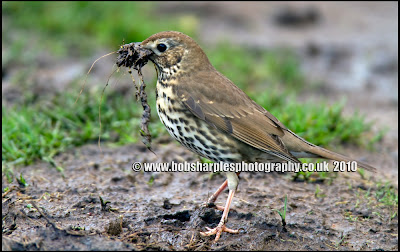 Thrush-collecting nesting material at Marazion, plenty of mud around. 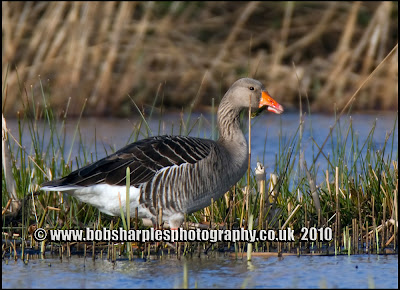 Blue Tit:  Check this out enlarged it is almost full frame. 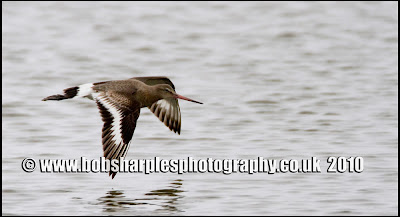 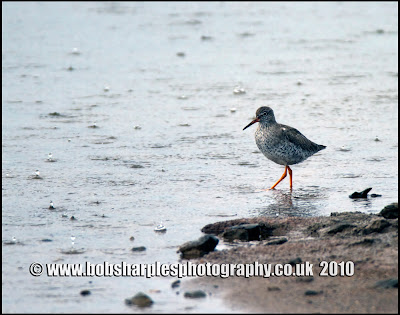 Redshank in the rain, which has been the main cause of poor images this week.
Posted by Bobbster at 17:05

Black Tailed Godwit in flight is a cracker Bob; and that Blue Tit. Excellent.

Nice images all the same. Heres to the nice weather !!